Amongst the muck that fills BC Indymedia comes one very interesting article (reprinted naturally) by a curiously well-connected Arab journalist detailng Al Qaeda's 15 year plan or "An Islamic Caliphate in Seven Easy Steps" if you will.

What he then describes...is a scenario, proof both of the terrorists' blindness as well as their brutal single-mindedness. In seven phases the terror network hopes to establish an Islamic caliphate which the West will then be too weak to fight.

Read it all. You can then skip the comments which blindly insist Al Qaeda doesn't even exist and is really MI5/Mossad/CIA. 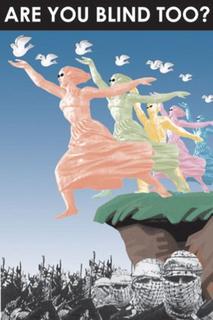 Comments:
The article seems to have been moved or removed.

Thanks JLC. I've rediscovered it and updated the link accordingly.

I'll delete both these comments in due course.

I'm sure this has been mentioned here before, but I'm surprised that the IMC habit of putting public domain notices on copywritten material reprinted (presumably) without permission hasn't gotten them into more trouble.

I've found a link to what apperas to be the original article in Der Spiegel.